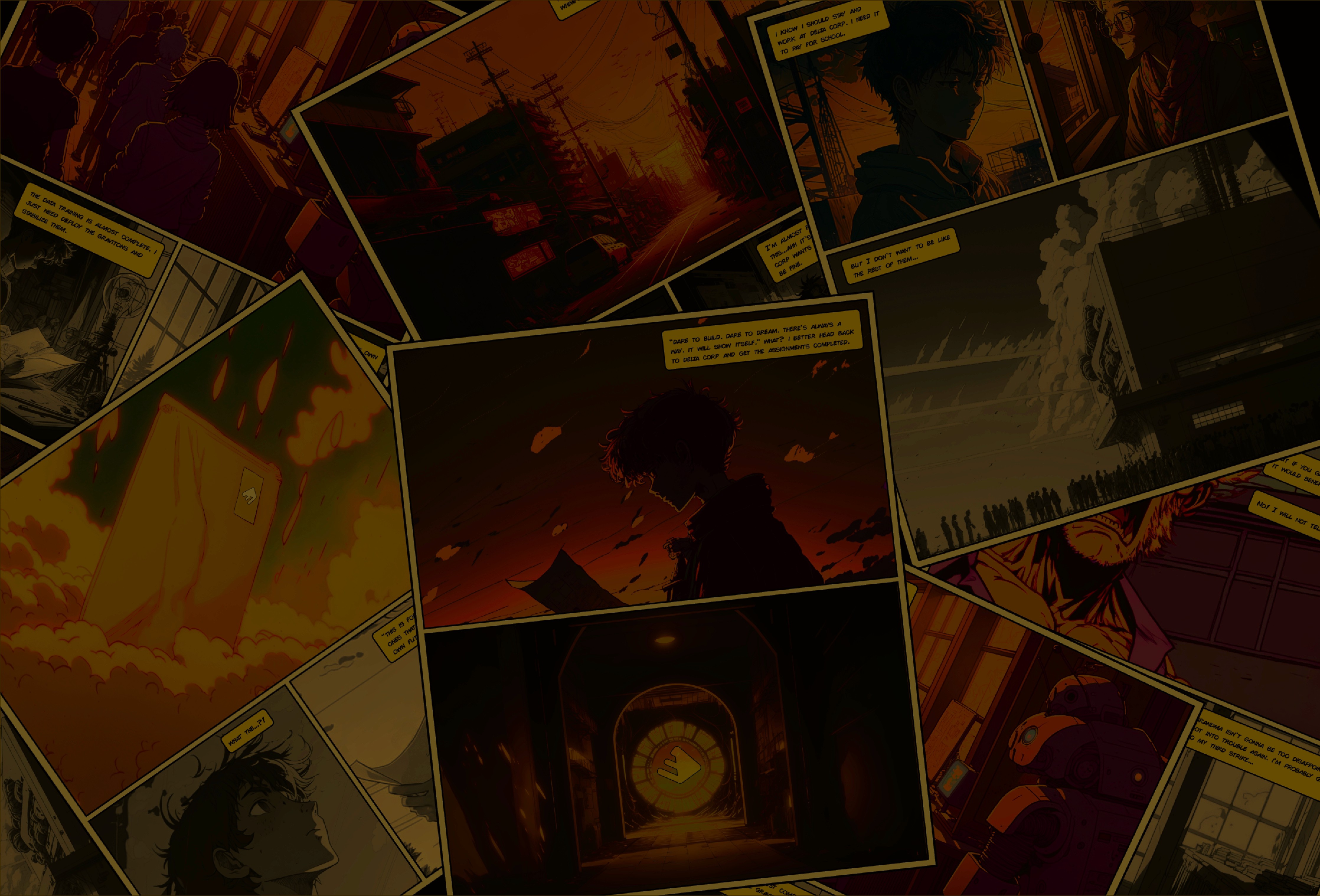 Create your first comic with AI 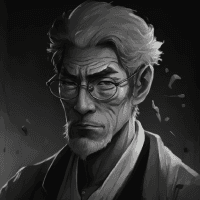 Writing this quick note as a constant reminder that anything is possible when you put your mind to it. And use AI to supercharge yourself.

If someone told me a few months ago I’d be making a comic, I’d have said: “Dude, you need to actually be able to draw lol.”

Nonetheless, I created an entire short comic using AI (Midjourney and Stable Diffusion). I had a vision for what I wanted to create and I got some help from chatGPT figuring out the good mechanics of a comic.

Let's run through how I used each tool supa fast.

I already had a great vision for what I wanted the comic to be as we had been discussing internally for a while to do something like this.

If you don't have a story or are facing writer's block, why not ask chatGPT: 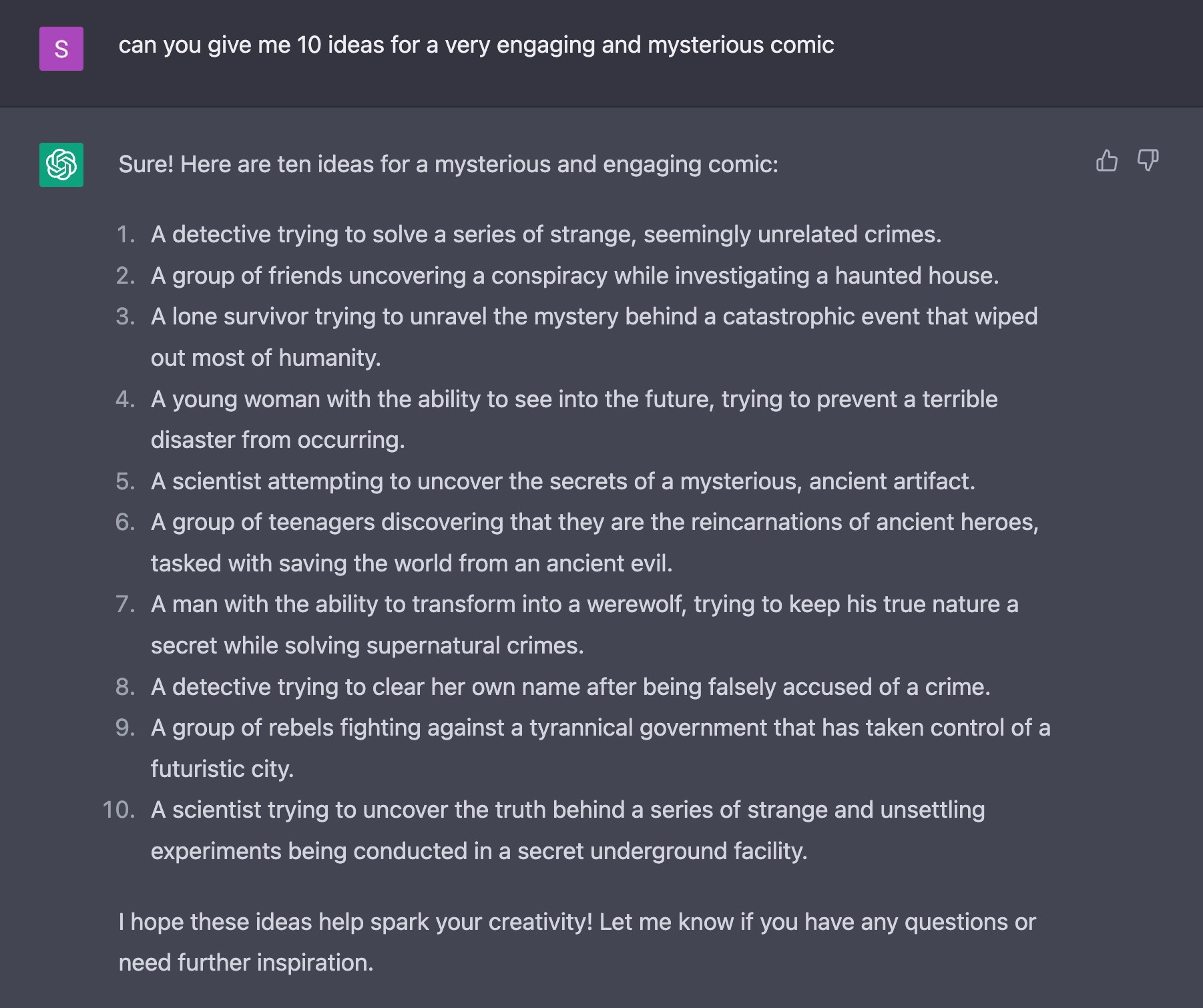 If you need an idea, just ask chatGPT to elaborate. 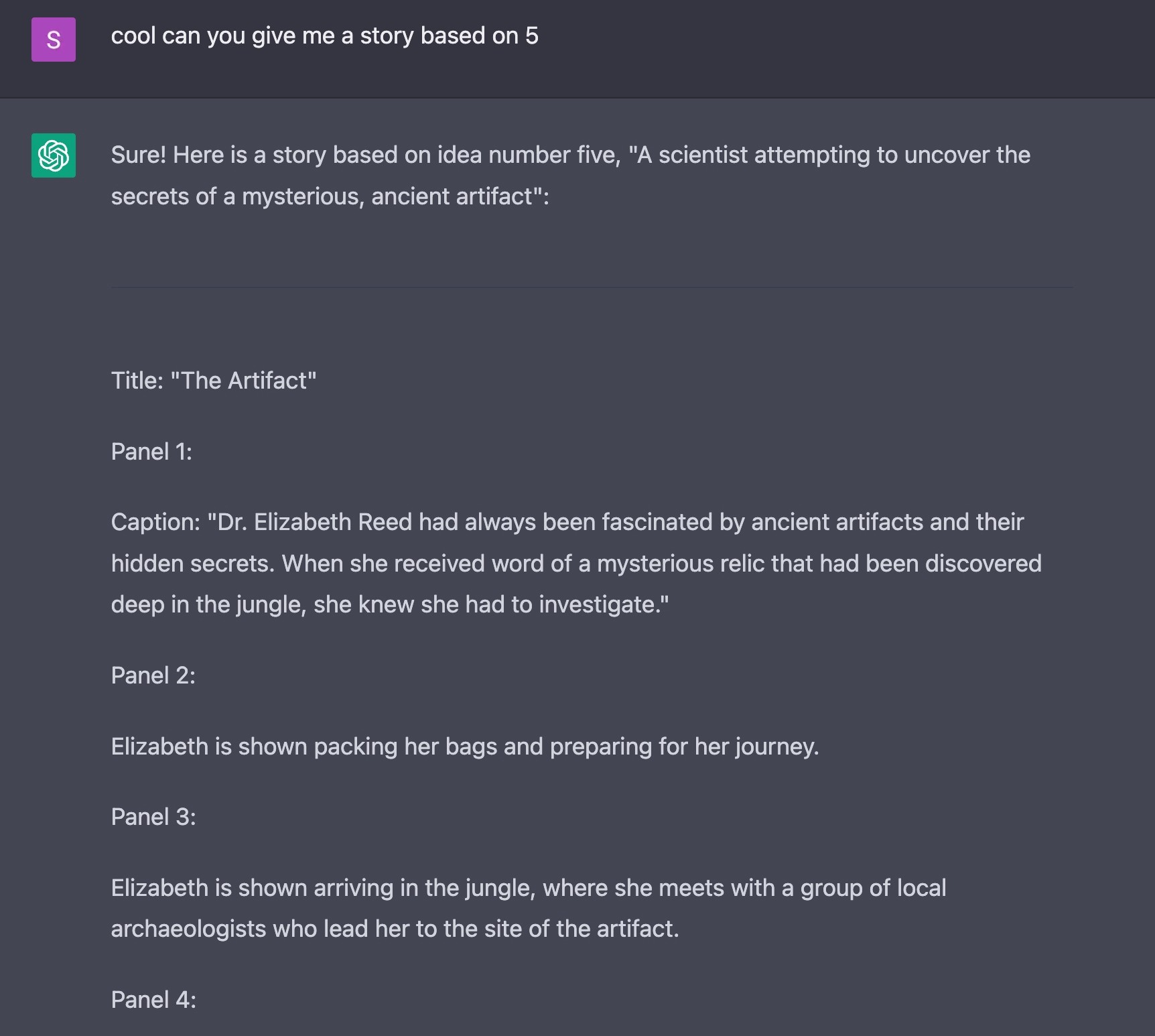 Pro Tip: you can actually ask chatGPT for a 10-day comic-writing curriculum

Pro-tip: you can actually ask chatGPT for a 10-day comic-writing curriculum 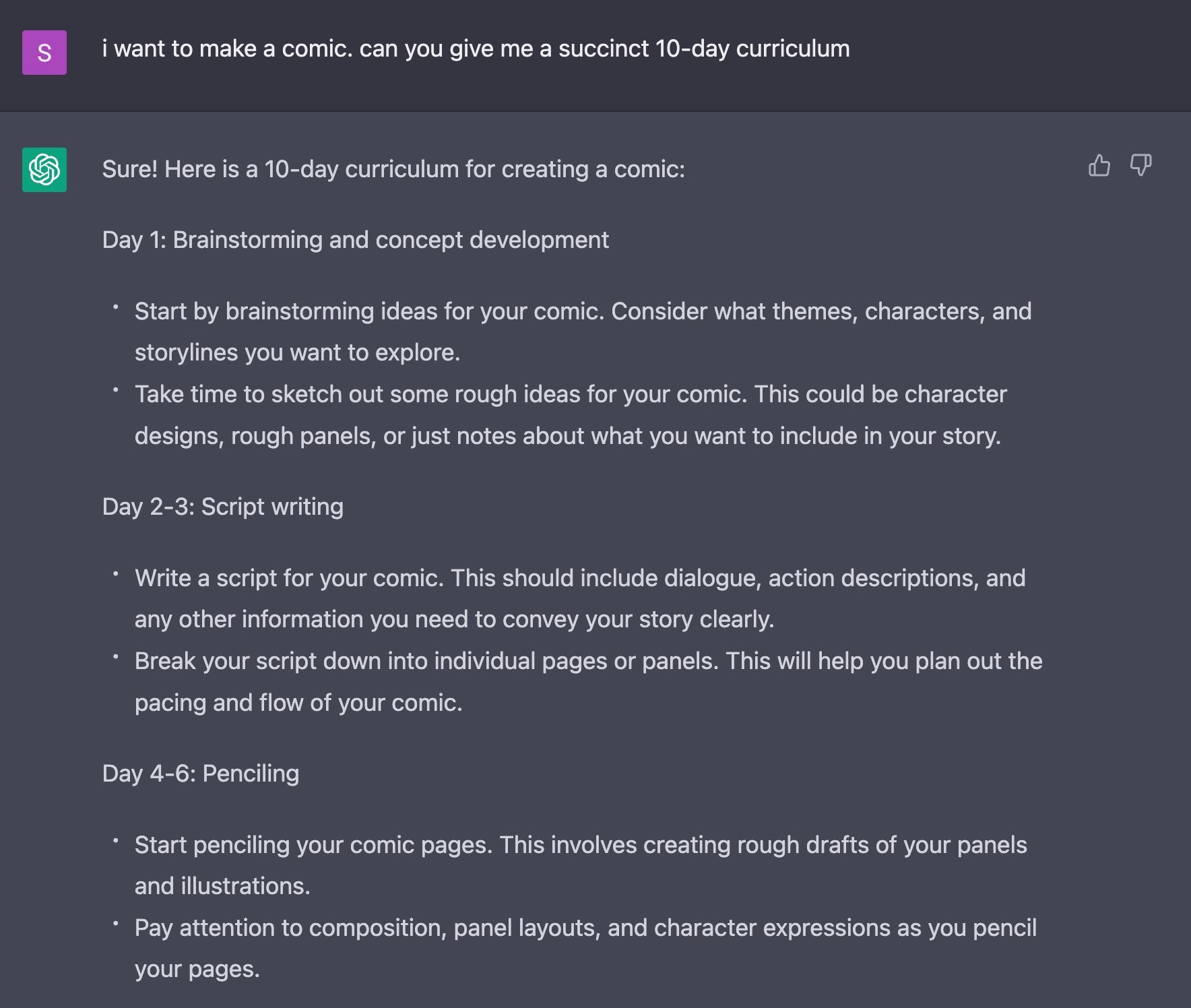 Alright, once you had a cool story that you can resonate with, change it to add your own flavor and spices, and move on to the next part!

Yup 🤯. This has the potential to completely change the way we learn new skills. You can also ask it for recommended resources, art styles, and much more.

Alright, once you had a cool story that you can resonate with, change it to add your own flavor and spices, and move on to the next part!

Show me what you got!

Got something kinda cool? Click here to show the world, I'd love to check it out!

Once I had the script (outline) and a rough pane-by-pane understanding of how I wanted my comic to proceed, the next step was to generate the images. I used Midjourney and Stable Diffusion as my tools of choice to generate the images. You should have played around with this tools by now. If you haven't, wtf! Go try them out asap.

I started off simple. I wanted to create the setting of the place where the comic takes place. I wanted a hopeful dystopia and wanted to convey the feeling of "if you try hard enough, you can push through anything".

Tried a lot to get the perfect setting. See some trials below! 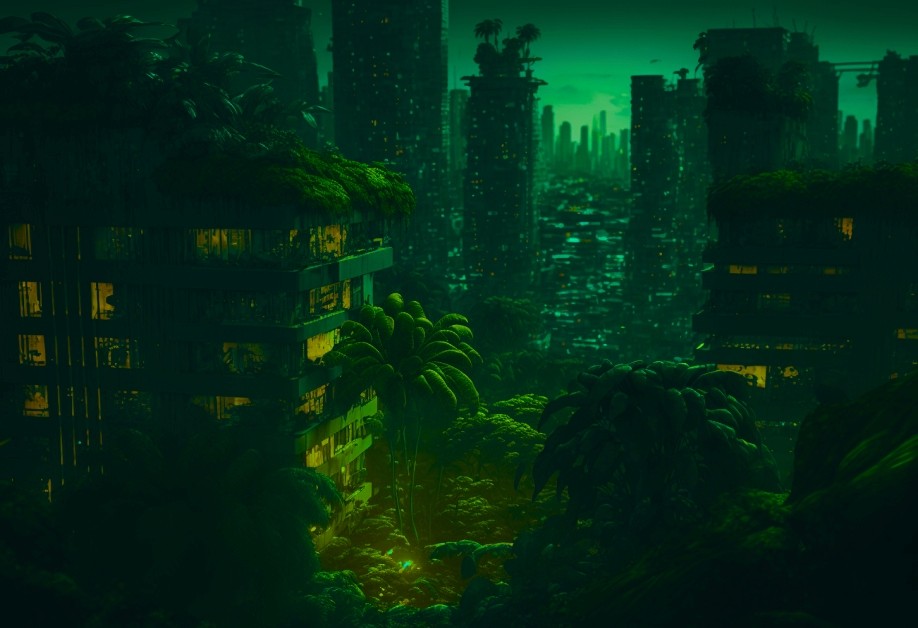 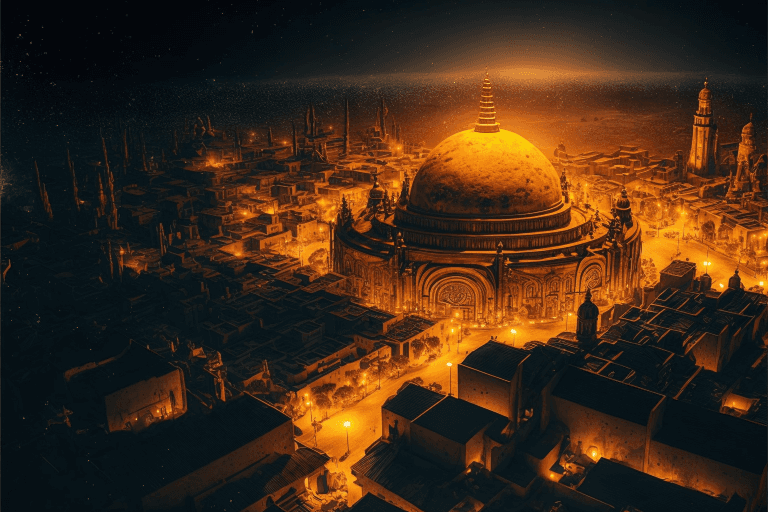 After many hours of trialing with various prompts, I ended up with this. I was happy with it! 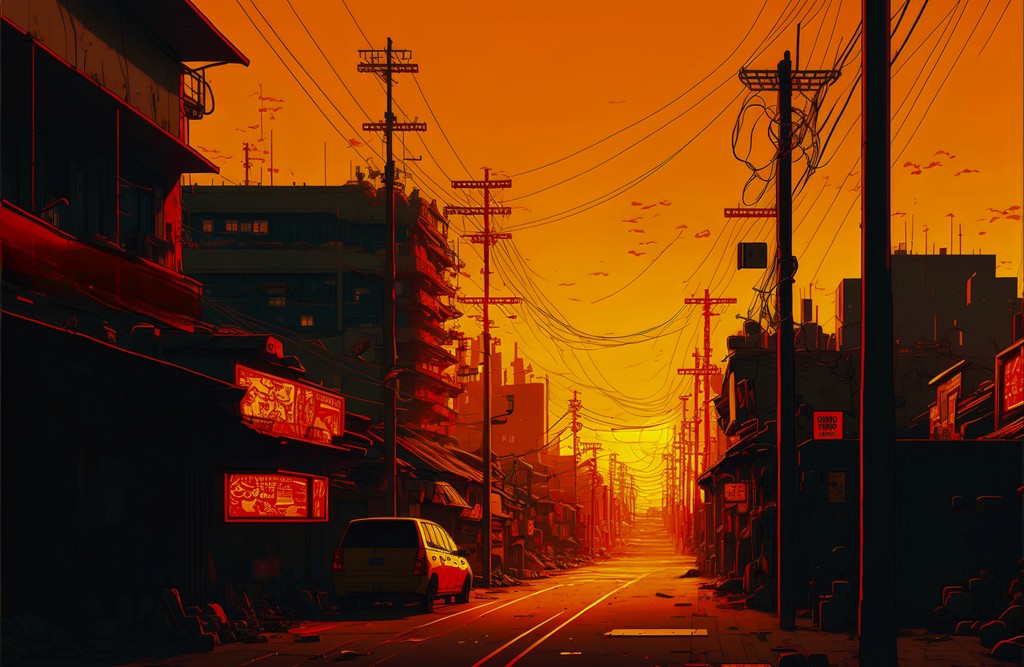 The character style was simpler as I already had played around with it from prior, non-comic related experiments. It looked something like this: 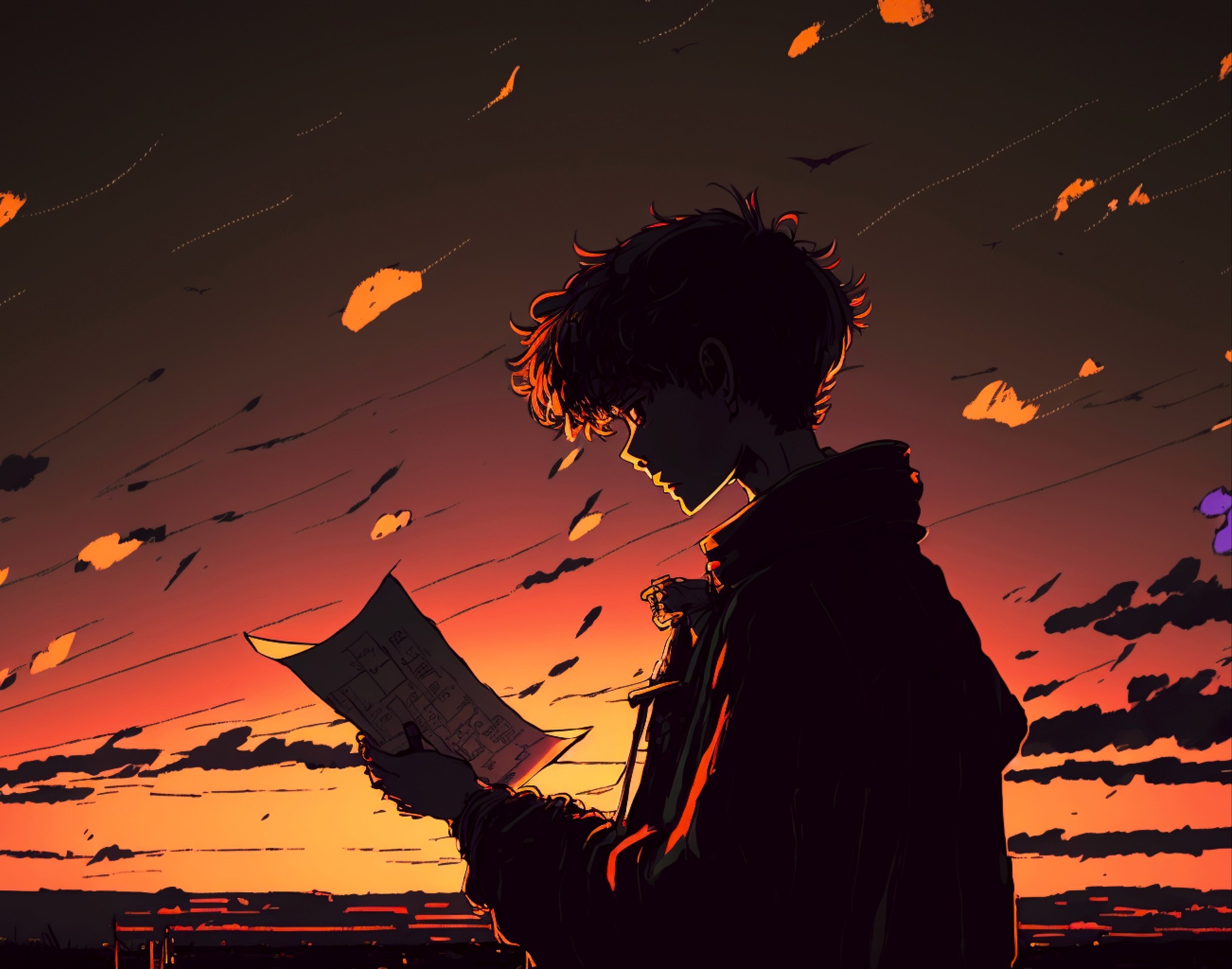 Build your comic in public!

Settled on a style? Share some cool images of what you've generated!

Putting it all together

To put everything together, I used Figma. This is also where I had saved all the images as I was generating. This is really useful because when you are on the prompt generation spree, it's very easy to lose the prompts and the images. An image you may like may not work when you're assembling the final piece, so as you come across images that catch your eye, put them in figma.

Then, I got a comic font for the text bubbles to capture all the dialogues. Finally, I create a page template (frame), which I split into two frames. One on the top and one on the bottom. The bottom one was further broken into two ones. I was also move them around in case I wanted to change the order (LPT: use Auto Layout).

I added the dialogues from my rough script. Finally, I made some changes to the images like removing objects, upscaling, adjusting for color, hue, saturation, etc. We were done!

Every now and then, a technology comes along and changes the world. The new AI wave you see is just the beginning of the change. But there's something more personal. Such tools can change an individual, a person. It can unleash your creative potential.

Various life circumstances pushed me to focus on developing my analytical skills. My creative powers were thus shoved aside. I never thought I could even attempt at telling visual stories like that of Alan Moore’s V for Vendetta (what an interesting meditation), Frank Miller’s little known Ronin (a rather unusual comic book), or every single masterpiece of Brian Selznick’s work.

And yet, an entire original comic has been conjured before your eyes through mere words. You’ll know what I mean if you’ve tried out any of the text-to-image tools. If you haven't, I highly urge you to check out the following note and get your hands dirty and brains scrambled. It's honest magical.

Although the commercial value of AI is obvious, there’s something perhaps more important to note — it’s just so goddamn fun and enjoyable.

I hope you enjoy the comic shared below for you to peruse and be inspired to tell your own visual story. 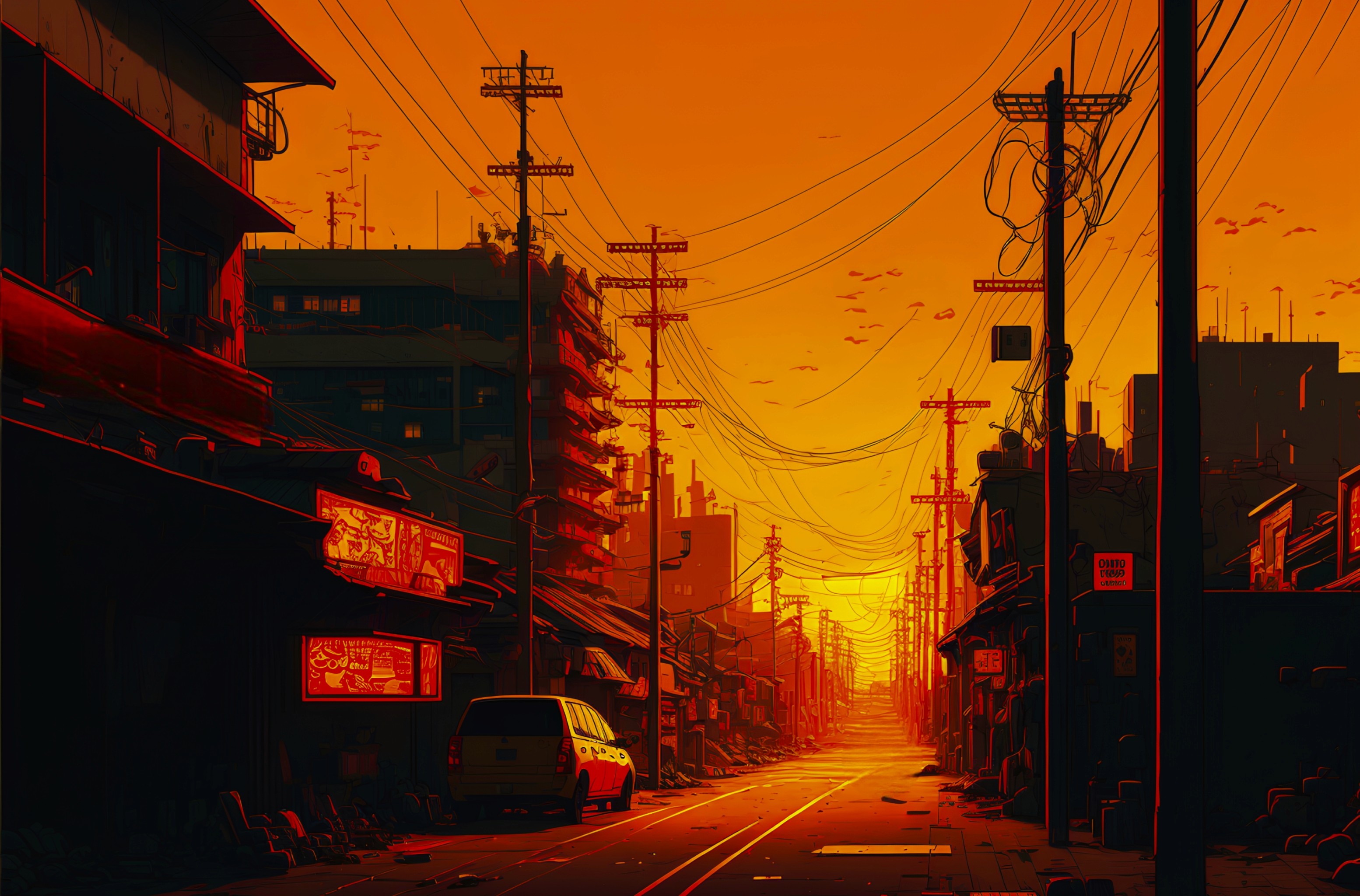 Reach out with some samples and we'll talk!